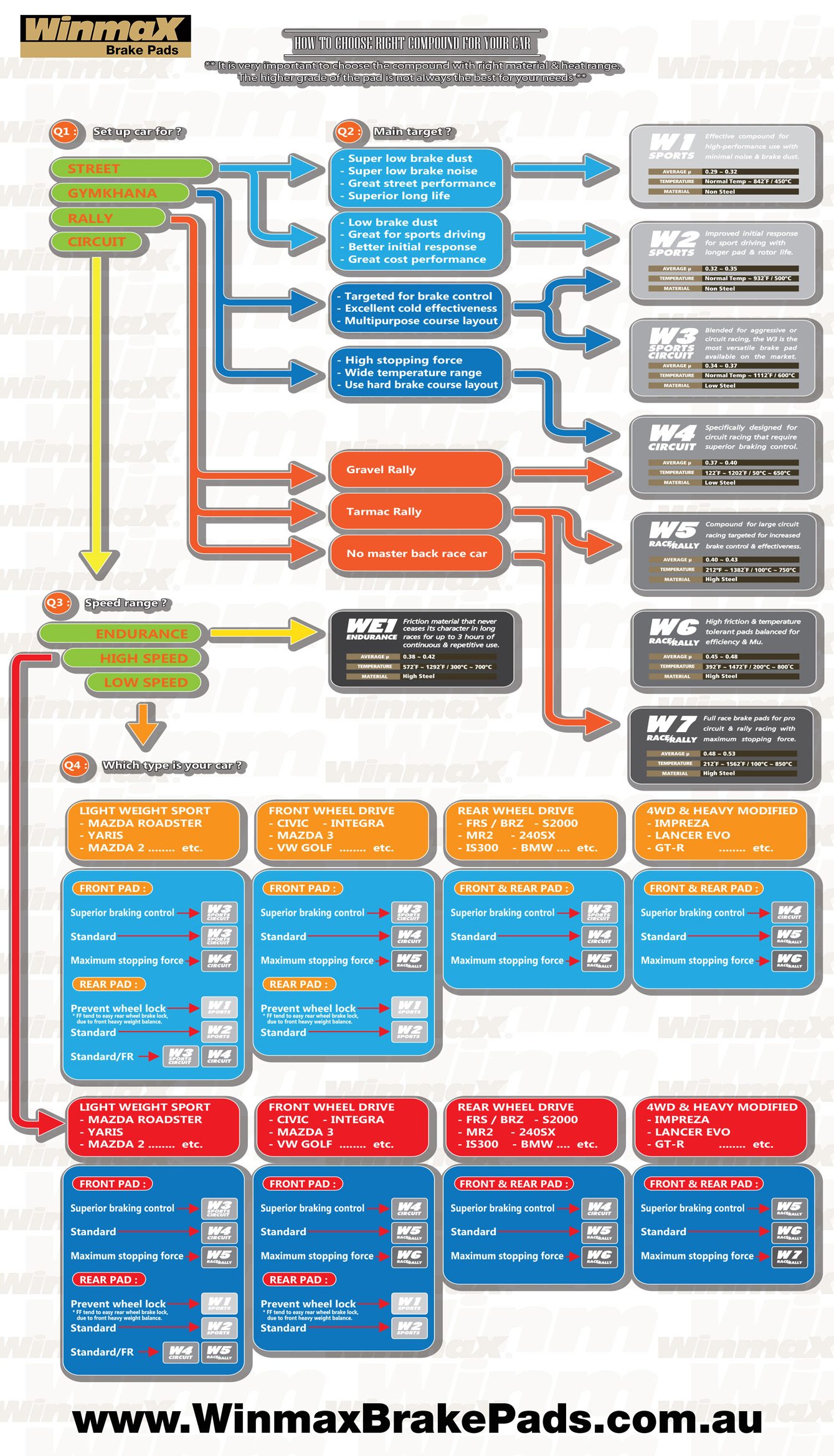 George Miedecke has won Round 4 of the TA2 Muscle Car Series at Winton Motor Raceway by a single point over Aaron Seton.

After winning Race 2 on Sunday, Miedecke started from pole for Race 3 in the Lubrimaxx/Miedecke Motor Group Mustang and shielded Seton for the full ten-lap encounter as Miedecke held on to take the flag only two tenths of a second ahead of the Castrol Harris Racing Mustang.

Seton made up his way from fourth in the Castrol Harris Racing Mustang but could not get past the Lubrimaxx/Miedecke Motor Group Mustang as Miedecke defended well to score his second win of the weekend, as Ashley Jarvis, Russell Wright and Andrew Miedecke completed the top five.

Starting last following a clutch failure yesterday, Nathan Herne fought his way through the pack to sixth and also set the fastest lap at 1:25.2975 in an impressive drive to earn the Hypercoils Hard Charger Award for his efforts in the Gulf Western Oils Dodge Challenger.

A Top 10 Shootout was used based on accumulated points from the opening three races to set the grid for the 25-lap final, and it was last-man out George Miedecke who set a blistering 1:24.141 to win the shootout by three tenths of a second from Seton. In the process, Miedecke went a tenth of a second faster than Seton’s lap to earn the PWR Pole Award during Qualifying on Saturday.

Race 4 ran over a distance of 25 laps around the tight and twisty Winton circuit, the longest race in the TA2 Muscle Car Series since its inception.

Miedecke and Seton ran side-by-side through the Turn 1-2 chicance, as Seton hung on around the outside of Turn 1 to take the ascendency in Turn 3 and was never headed for the duration.

Starting from 17th as a result of the accumulated points of the meeting, Herne charged to third in only eight laps, before he and George Miedecke reignited their rivalry and the pair fought ruthlessly for second place ahead of Ashley Jarvis and Andrew Miedecke.

With five laps remaining, Herne and Miedecke clashed at Turn 3 as Herne attempted a pass on the inside of Miedecke, before contact saw the rear of the Gulf Western Oil Pty Ltd Dodge wipe across the front of the Lubrimaxx Mustang.

Herne ran through the grass at Turn 1 a lap later before he tore his front splitter and radiator and subsequently spun and ended his race in the infield.

Hugh McAlister, Michael Coulter and Murray Kent engaged in a close battle for the duration, with the Kubota Racing Mustang prevailing in sixth ahead of Coulter and Kent.

Russell Wright ran wide on the exit of Turn 3 and spun into the infield on the opening lap, but fought back from the rear of the field to ninth, claiming the Masters trophy for the round in the process.

With two rounds remaining, Aaron Seton continues to lead the Performax Cup by 16 points ahead of George Miedecke, while Russell Wright has jumped back into the top five in the standings after Herne’s misfortune.

Round 5 of the TA2 Muscle Car Series heads to Sydney Motorsport Park on September 27/29. 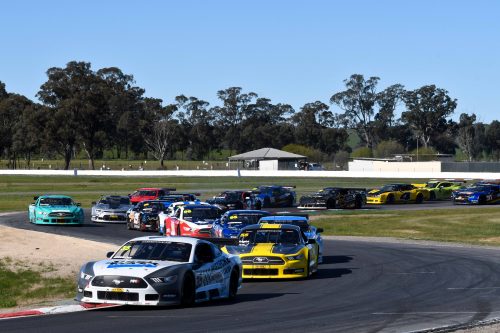 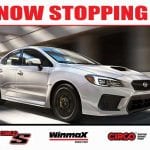 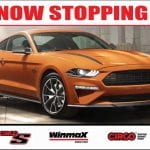